Expanding Medicaid to cover adults with low incomes would build on the program’s successes and save hundreds of lives every year, according to a new report that Alabama Arise released Wednesday.

Arise’s report, Medicaid Matters: Charting the Course to a Healthier Alabama, illustrates why Medicaid expansion is so critical for the state at this moment in history. Through data, colorful graphics and personal profiles, the report explores Medicaid’s crucial role in Alabama’s health care system. And it reveals how Medicaid expansion would promote racial equity and leave communities better equipped to fight the COVID-19 pandemic.

“Expanding Medicaid would save thousands of lives, create tens of thousands of jobs and help hospitals and clinics across Alabama,” Alabama Arise policy director Jim Carnes said. “As our state continues to struggle with COVID-19, it’s more important than ever for the governor and lawmakers to step up and prove they value the health and well-being of all of our residents.” 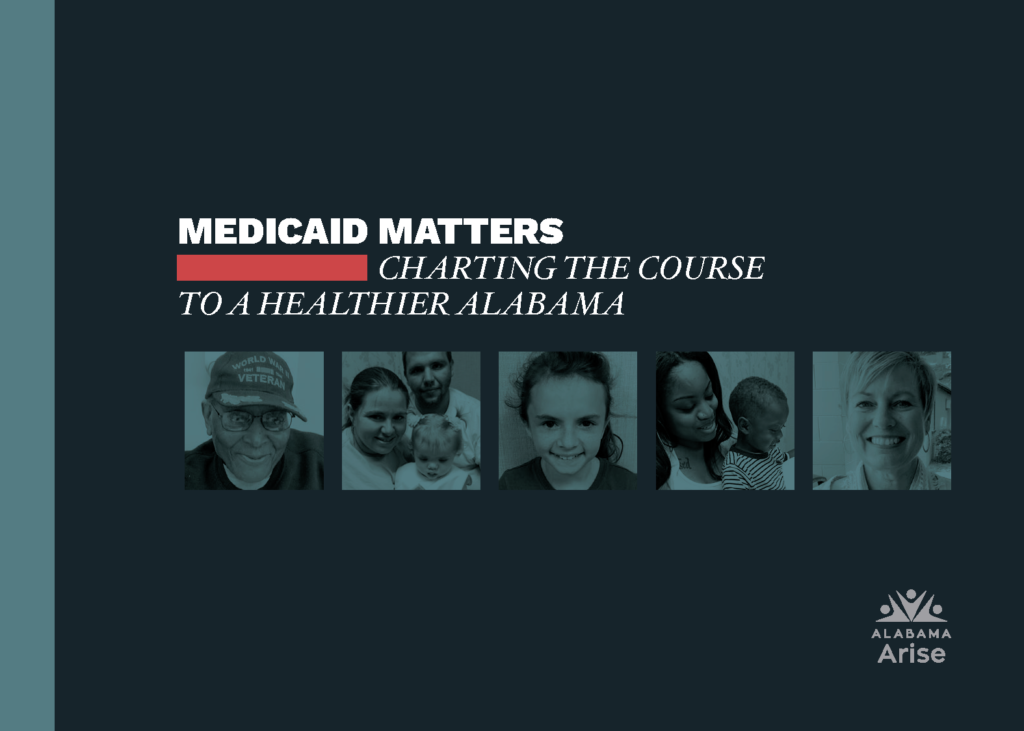 Medicaid is a health care lifeline for one in four Alabamians and an economic engine for the entire state. Medicaid Matters explains the Medicaid coverage available to more than 1 million children, seniors, and people with disabilities in Alabama. It highlights improvements that new Medicaid changes are promoting in key areas like infant mortality, obesity and substance use disorders. And it shines a spotlight on more than 340,000 uninsured and underinsured Alabamians who would be covered under Medicaid expansion.

Medicaid expansion would save and transform lives across Alabama

So far, 36 states – including Arkansas, Kentucky and Louisiana – have expanded Medicaid to cover adults with low incomes. But Alabama is one of just 14 states that have not. That remains the case even though the state would get $9 in federal money for every $1 of state funding.

Medicaid expansion would bring peace of mind to thousands of Alabamians who recently lost their jobs and health insurance. And it would make life better for many uninsured people who are working on the front lines of the pandemic. This includes workers at grocery stores, hospitals, child care facilities and other essential businesses.

“It’s the people who are working with the sick and elderly, working with your babies,” Tripp said. “It’s us, out here, hands on, making food, cleaning houses – it’s that gap of people, very important people. People who come into contact with thousands of other people. And you don’t want them to be healthy?”

Click here to read Arise’s full report. Links to each section of the report are below.